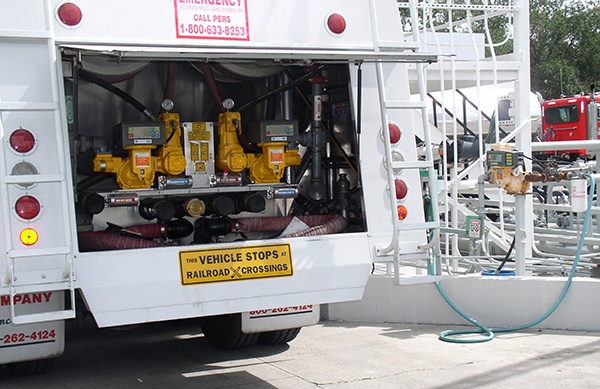 A regional bulk fueling company with a throughput of roughly 80,000 gallons daily was experiencing significant product losses and shrinkage. Their operation included over 20 fuel tanks and a fleet of 25 bulk fuel trucks and 50 transports. All their plant’s meters and trucks were equipped with mechanical registers, and old gauges were still installed on their fuel tanks.

The largest fixed-base operator in Salt Lake City, Utah was managing all the fueling operations at the international airport, from general aviation fueling to the tank farm and deicing trucks. During the course of standard operations this FBO was handling anywhere from 600 to 800 known ticketing errors per year. In 2010, the EPA introduced new emissions standards requiring medium- and heavy-duty trucks’ NOx levels to be reduced to almost zero. Selective Catalytic Reduction (SCR) technology in diesel engines and Diesel Exhaust Fluid (DEF) have since grown in popularity as a response to the EPA mandate. By 2012, there were over 500 retail fueling stations dispensing DEF.